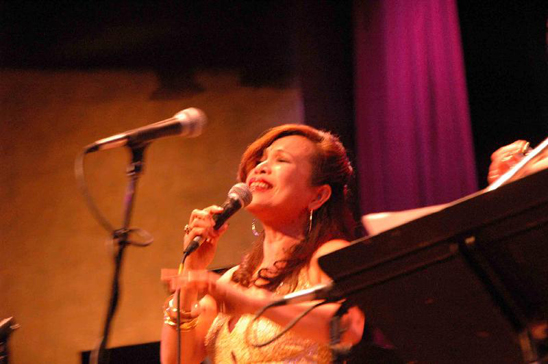 The SF Filipino American Jazz Festival would like to thank everyone who came out in support of Charito’s performances at Yoshi’s Oakland and at the 7 Mile House in Brisbane. We understand that some of you who had planned to go were affected by the closing of the Bay Bridge.Both of Charito’s shows were fantastic. At Yoshi’s, she received two standing ovations and performed two encores! At the 7 Mile House, it was a very special performance backed by the Al Molina Quintet. The smaller, more intimate setting without a doubt pleased all the serious jazz fans in the audience.Charito will return to the USA in December as part of the 5th Annual Los Angeles Fil-Am Jazz Festival.